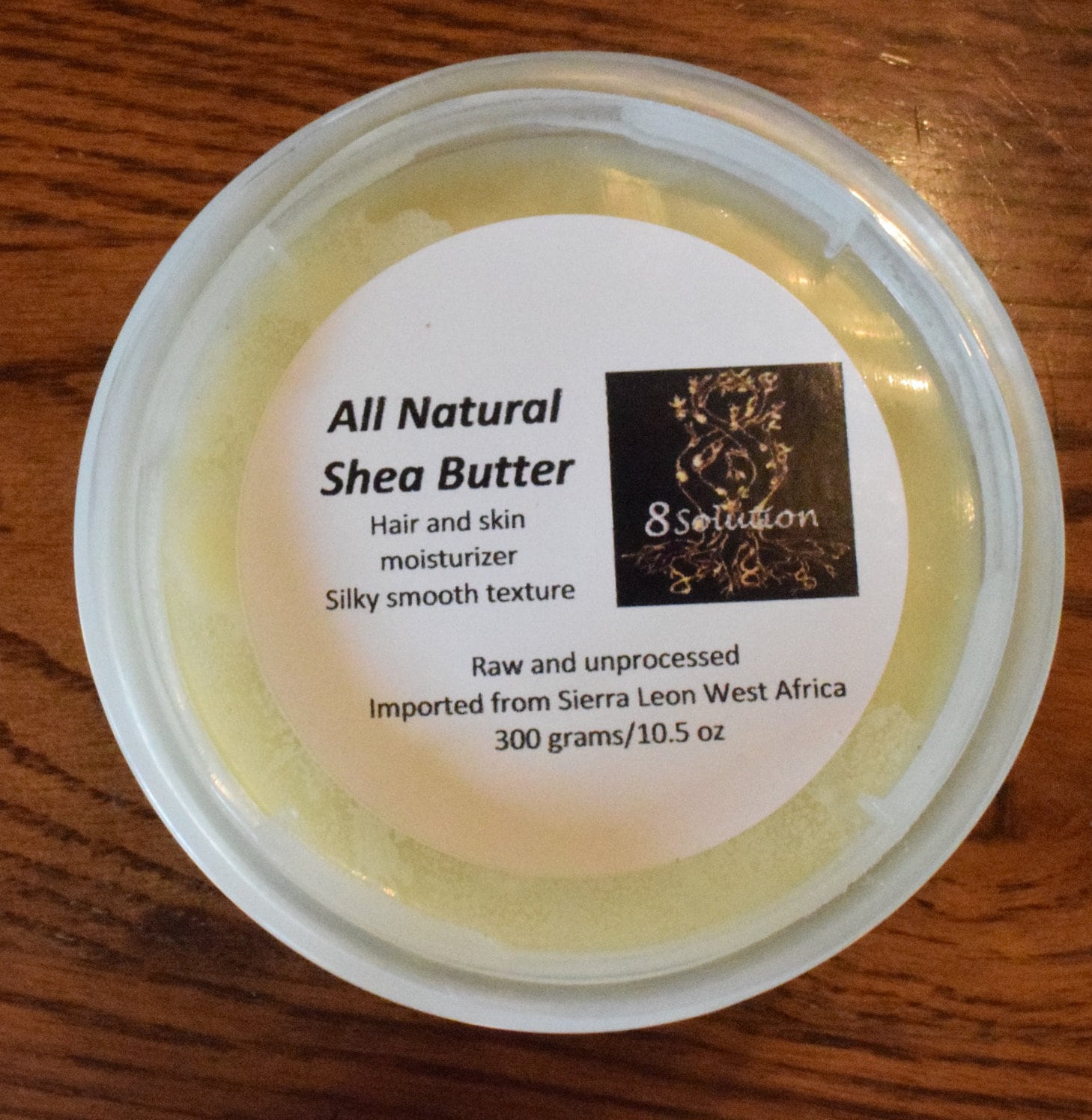 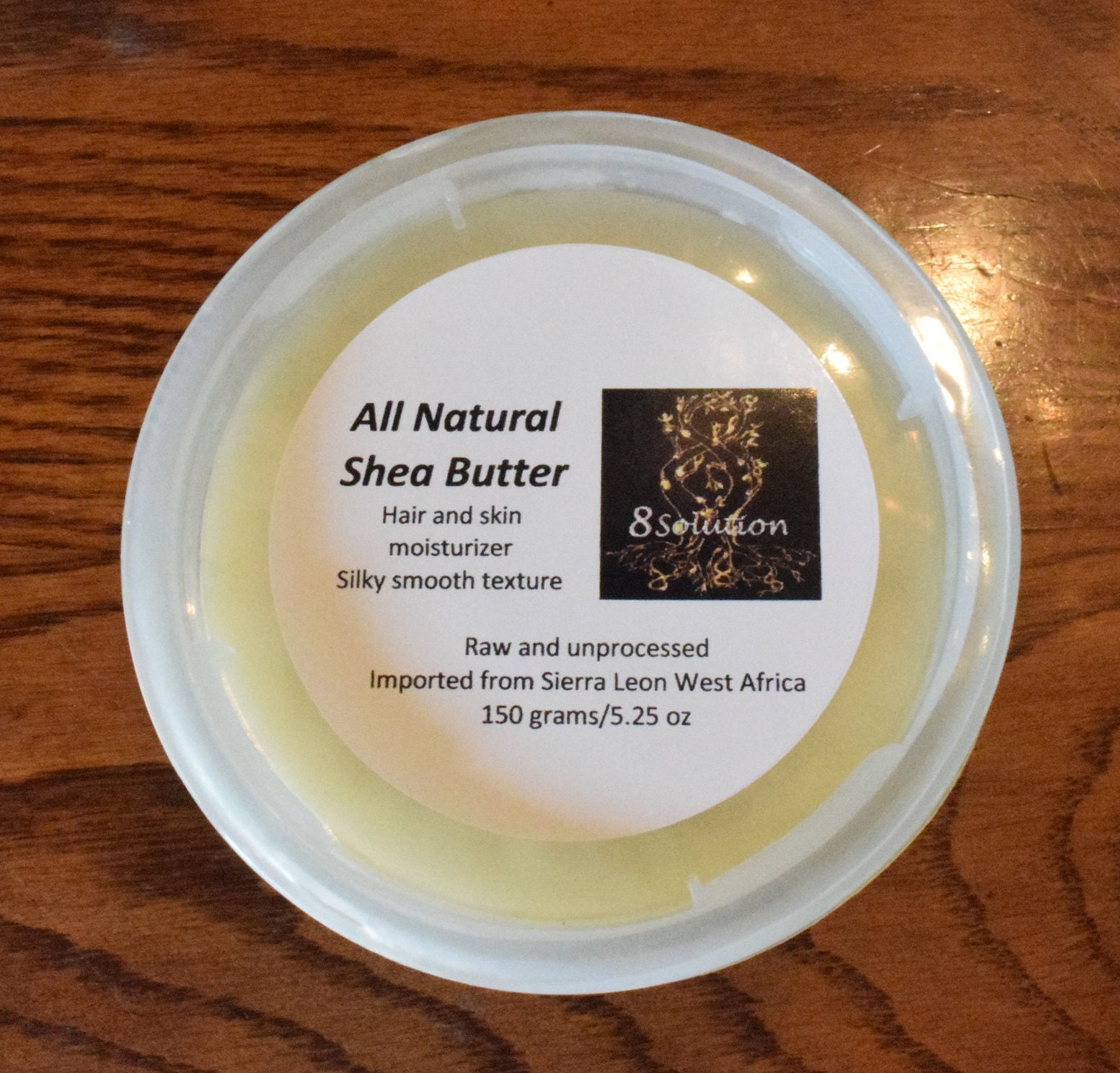 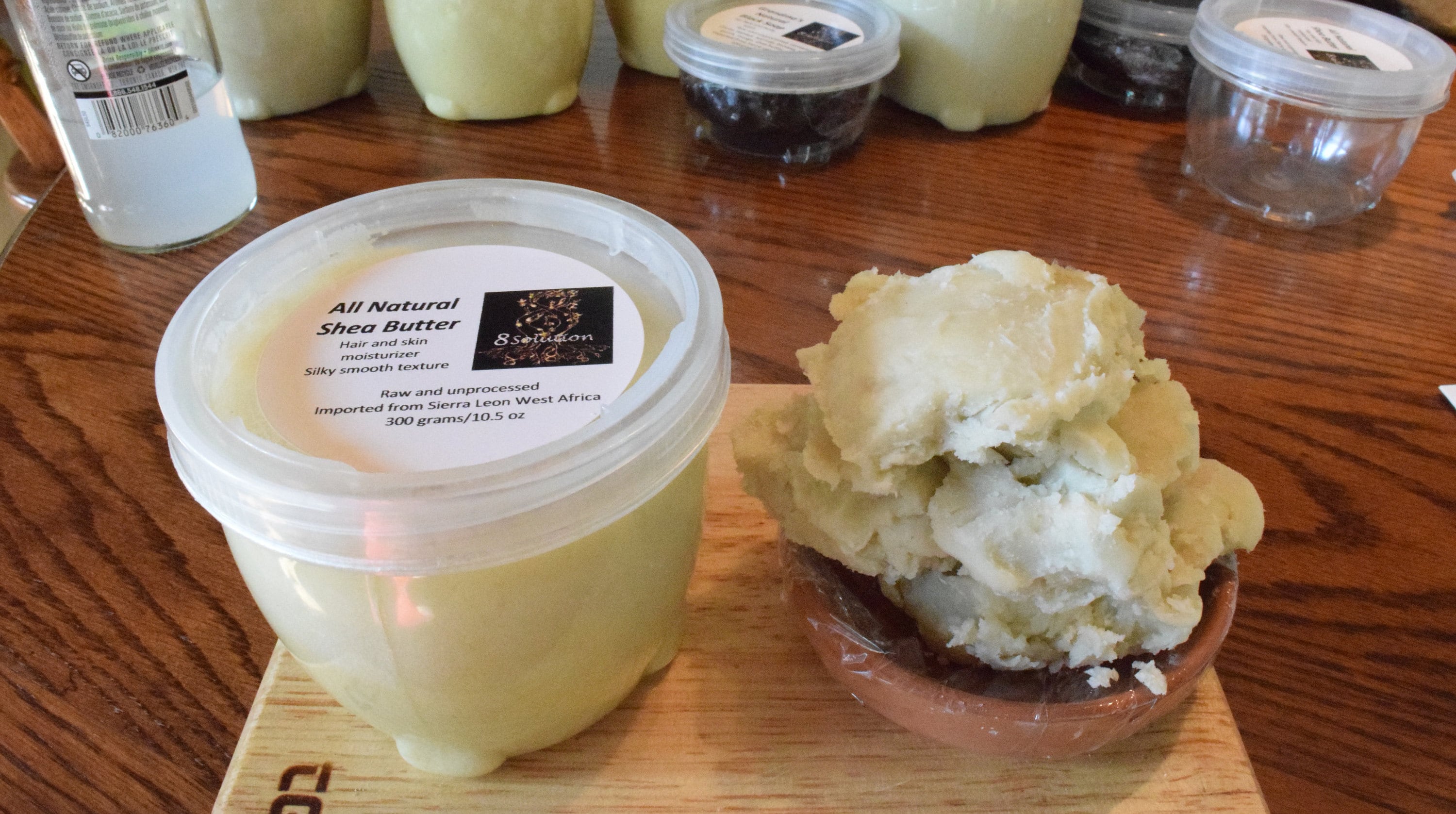 All natural raw unrefined Shea Butter for skin care. Imported from West Africa. Two sizes available: 150 grams and 300 grams. Orders over $40.00 CDN will receive a credit back for shipping costs.

Shea butter is a fat extracted from the nut of the African shea tree (Vitellaria paradoxa). It is usually yellow in color when raw, with more processed versions being ivory or white in color. It is widely used in cosmetics as a moisturizer, salve or lotion. Shea butter is edible and is used in food preparation in some African countries.

Uses:
Shea butter is mainly used in the cosmetics industry for skin and hair related products (lip gloss, skin moisturizer creams and emulsions, and hair conditioners for dry and brittle hair). It is also used by soap makers and massage oil creators, typically in small amounts, because it has plenty of unsaponifiables, and higher amounts result in softer soaps that have less cleaning abilities. Some artisan soap makers use shea butter in amounts to 25% – with the European Union regulating the maximum use around 28%, but it is rarely the case in commercially produced soap due to its high cost compared to oils like palm oil or pomace (olive oil). It is an excellent emollient for dry skin. No evidence shows it is a cure, but it alleviates the pain associated with tightness and itching.

I gladly accept returns and exchanges

Ship items back to me within: 14 days of delivery

But please contact me if you have any problems with your order.

The following items can't be returned or exchanged

Because of the nature of these items, unless they arrive damaged or defective, I can't accept returns for:

0 items in your cart